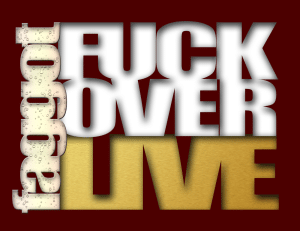 In an effort to entertain me, a few faggots have asked that I out them to their family members. So far I’ve received three inquiries that included email addresses for contacting their family members. In this section of the site I will update you on the progress of my work to assist their family in destroying their lives. I hope to help the family deal with finding out they have a fucked up faggot for a son/brother/cousin/father. I am here to encourage them to hate the faggot and to help them understand exactly how fucked up and twisted this faggot is. My goal is to have them extricate the faggot from their family thereby taking away from the faggot any semblance of normality and alone in a world where family is everything.

THE GOODNESS OF MY HEART

Why do I do this selfless work? Praise be to me for I know that the more pain and suffering a faggot goes through, the more likely it is to find its path to destruction. To be truly free from itself, a faggot must find a place of absolute hate of itself. Having family support them as a “gay” or even having them in the dark about its disgusting lifestyle does nothing to assist a faggot on the path. No faggot deserves to have a loving family and once the family finds out what their “loved one” really is, it will be difficult if not impossible for them to not fuck him over in their own way. At the very least this will be an interesting experiment and at best, we shall see a few faggots lose everything they know to be theirs as we see their life ruined right in front of our eyes. Poor little faggots. You can thank me in advance you stupid pieces of shit.

Following is the first email sent to each stupid faggot’s brother.

You may want to sit down for this. I’m writing you today to let you know that you have a family member who is very, very sick. No, they don’t have any sort of  disease. It’s much worse. Your brother is a full-fledged stupid faggot. You may think that I am doing him harm by outing him, but you need to understand one thing. Your brother is not a gay man. He is a twisted, fucked up, sick motherfucker who does disgusting things. It is your business because some of these things involve you. Your entire family will be judged because of him and you may want to remove him from the family now. I’ll give you an idea of how disgusting your brother really is. Did you know that your brother went into your room and sniffed your ass in the middle of the night? Not just once but many times?

It makes no sense. I’m sure you’re asking yourself, why is this happening, and what is this guy trying to tell me. I’m writing to tell you is that your brother is a sick fuck who has jerked off his sad little dick thinking about you, his own brother, many times. You don’t even want to know if the sick sexual things he thinks about you doing to him. He’s stolen your dirty laundry just to lie in it. He’s inhaled your dirty jockstrap to get your straight manly smell into his faggot body. He’s even searched your bed and room for used cum rags and used condoms so he could suck up your straight man baby sauce.

You may think this is a joke but it’s not. Your brother actually asked me to out him to you. It is true. He wants to be your faggot. He wants to be your slave and he wants to suck you off and let you take all of your aggression and hate for gays out on him. Doing so would be a huge favor to him. It’s up to you to decide your next steps. I’ve been dealing with faggots my whole life. If you have any questions, and I’m sure you do, just ask. I’m sorry I had to bring you this terrible news but it’s better that you know now so you can get rid of him, or use him in whatever way you see fit. There are some benefits to having a faggot around as long as no one knows. There is a great thrill in beating the shit out of these sick bitches. What’s most insane is that they like it.

One of my devoted followers is latrine, who is also known by its slave register number, 437353.  This is a registered faggot (US-CA-FAG-080515-437353).  This stupid faggot is devoted to me, and has done much to serve the cause of faggot destruction – so I felt destroying its relationship with its older brother, the only family member who would still talk to it, was an appropriate reward for its devotion.  I ordered it to give me its brother Marcus’s email, and started writing to him:

Your brother (the faggot) has asked me to out him to you. He is a big time queer with some sick thoughts and actions. Not sure why you treat him so well. He’s just a stupid faggot. Best of luck with having a faggot brother.

Marcus, like most intelligent straight men, was suspicious, and wrote back for clarification:

I know my brother’s a faggot – he used to service me, my brothers and our Dad when we all lived in the east.  Never had any question he was a faggot.  Is there something he’s done that’s made you so contemptuous of him?  I don’t really have a problem with him being gay, so if all you’re telling me is that I have a gay brother, who cares?

I know he’s a big time queer, what are the “sick thoughts and actions” he’s been sharing with you?  And how did you get my email address?  Did he give it to you?  And what exactly are you suggesting I do with this information?
Marcus

There are a lot of straight men who are okay with gays, but I also knew that Marcus needed to know that his brother isn’t just gay – his brother is a sick and twisted faggot:

It never ceases to amaze me how most straight men so quickly understand that they have new options, and how they adjust to new information.  Marcus quickly went from “I’m okay with my brother being gay” to this:

Have you done this with my brother?  I’d love pictures of that kind of shit!  I know he’s a sick fuck.  You think he’d be okay if I locked him in my basement and kept him there as a toilet and a sex slave?

I could tell that Marcus was getting into this, and realizing that he was going to have to punish his sick and twisted faggot brother.  So I gave him more info:

Faggots like your brother get off on shit that will make you sick. At the very least you’ll be in hysterics. At worse you’ll hurl. Your brother is one of those faggots that got off on licking up your dried (or wet) cum when he found it by your bed in your sock or a Kleenex. He sucked up that slimy shit while wishing he could be straight and virile. Stuff like that. Probably licked the toilet seat after you used it. He may have even gone so far as to fondle your straight penis when he had the chance. He’s a sicko. He’s done things that you can’t even imagine.

437353 is one sick fuck, and Marcus already knew it – but was probably not really connecting the dots:

Yeah, I know about some of that, because I come from this incredibly sick family, and my father and my brothers all used to fuck him when he was a kid.  He’s the youngest of the five of us (I’m the second) and he took good care of us all.  But from your initial email, it sounded like he was doing really sick and twisted stuff – not just being a faggot but really doing shit to embarrass me and my family.  Did I misunderstand?

If he’s doing really sick shit, I’ll definitely take care the problem!  I just want to know before I go up there and take action.

I could tell Marcus was ready to take the 5 hour drive from LA to the Bay Area to deal with his sick faggot brother.  After a couple more exchanges, Marcus told me he was going to go investigate the situation.  A day or so later, I got this gratifying response from Marcus:

Hey man, you were right.  My brother is a total fucking pervert.  I beat the shit out of him tonight and he came back for more.  Might have to build a dungeon in my house to lock him in so I can torture him   Turns out the guy who I thought was his partner is straight, has a girlfriend on the side, and he uses my brother as a slave.  He refers to him as “it”  beats the shit out of it, whores it out to other guys, and my brother loves it all.  He even uses my brother as a toilet.  Fucking sick shit!
Thanks for the head’s up.  We’re going to see how far we can push this piece of shit.  Should be fun. By the way, I didn’t drive up – I decided to fly, rented a car, and then took my brother’s ATM card to reimburse myself.  Plus paid myself for my time.  My stupid faggot brother pays his master, gives him lots of money.  So I figure I’m entitled to that as well.  I now have all the faggot’s bank account info, and can transfer money from that account to my own.  The faggot might have to take a second job to support us both.  Tough shit, faggot!

Like a lot of straight guys, Marcus wasn’t about to give me all the details – and really, why should he make the effort to do that?  it’s the faggot’s job to take the time to detail its humiliation – which, of course, the faggot did:

my brother came by and beat me up SIR.  HE told me that i had YOU to thank for it SIR.  HE took off HIS belt and beat me with it, then put it around my neck and choked me while HE fucked my mouth SIR.  HE had a police-type baton, which HE raped me with SIR.  HE kicked me in the crotch (my cock and ball cage prevented that from doing too much damage SIR).  then HE kicked me in the ribs, spit on me, and Pissed down on me, telling me to drink it SIR.  HE said if HE ever sees me again, HE will kill me SIR.  HE also said that HE needs to make sure everyone knows what i am, and that HE wants to make sure i do not ever get to live a happy or “normal” life SIR.

my cunt was bleeding a lot last night SIR, but my MASTER told me to stop whining and locked me in the cage SIR.  this morning, although i was covered in blood, it seems to have stopped SIR.  when my MASTER let me out, HE laughed and said, “looks like you had a bad period bitch” SIR.

i think HE is talking to my MASTER, and maybe to YOU too, about how to destroy me SIR. thank YOU SIR.  this is what a faggot slut like me deserves SIR.