Adventures of a Young Pig – his brother turned him his into his personal cocksucker, not just for himself but for all his buddies at school too. Now it’s his dad’s turn to put the little faggot to work. 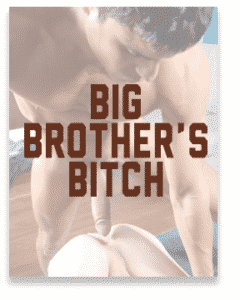 – a straight dude’s bigger, stronger brother allows him to move in when his wife wants a divorce. The dude quickly remembers how pathetic he is compared to his brother and is drugged and taught to service his superiors.

Camping Dads –  A young punk takes charge of all the men in the neighborhood – and leads them on a wild ride!  But eventually, he has to realize that he’s as into it as they are.

The College Guys Next Door – Jase and Linda are concerned when their good friends move away, and lease their house to a group of college guys.  When they start blaring loud music late at night, Jase goes over to straighten them out.  Jase and Linda’s lives are never the same after that night.

“Well Jase, maybe we can come to an arrangement. I’ll get Dan here to turn the music off, if you show the guys here just how much you’d like to lap up my cream direct from my fuckpole.” As he spoke, this blond stud, pulled down his shorts and hooked waistband under his balls. This close his cock was huge. Veiny, thick, uncut with a purple head. His pubes were blond, and buzz cut, his huge egg-shaped balls shaved. It must have been 10 inches at least.

Dominated by Doug – a formerly straight young man finds his inner faggot as he submits to his former friend, Doug.

“I realized that my cock was getting hard! I turned away from him a bit, but it was too late, he had already seen me getting hard. I didn’t know what to think. I had been fucking all the chicks, just like the other guys, and now here I was getting hard in the shower with another naked teenage male. Doug paused for a second. “I can tell ya dig my body. That’s cool. I get off on being admired. But remember, you can look, but if you touch, I’ll kill ya.”

Humiliated – a straight man has an intense desire to be humiliated by other men as he watches stronger men seduce his wife. Will he ever put his foot down? 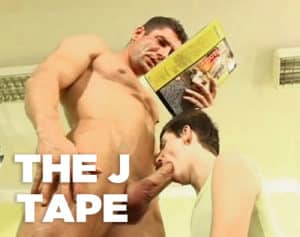 – a dad catches his son jerking off to a tape of him roughly fucking his son’s best friend. What ensues is a hardcore incest laden with verbal punish-fucking from a father to a son.

Yeah, I got you fucked twice, buddy. I made you into a worthless queer, and now… I got you screwed up over your old man’s muscle-dick…Daddy and his thick, hard cock have fucked up your life, Kevin, understand? Understand, faggot? Get fucked on this, you piece of shit, you fucked up little pussy, you assfucked faggot.”

Keith’s Visit, Part 1 – A straight dude is entertaining his buddy from long past when he’s given an offer he can’t refuse. One step into darkness and it’s all the way down the well.

Tim kindly removed his toes from my mouth as Keith continued his manipulation of my nuts. I tried to work as quickly as possible and it didn’t take long before Tim sat in front of me in two of the nastiest off-white athletic socks I had ever seen. You could see that they were damp, and the smell was like an entire locker room had been concentrated into those two small pieces of cloth covering his feet.

Manipulated – two college roommates are forced into a situation where they are never alone. The one roommate takes advantage of the situation and turns the other into a faggot.

Justin made Nathan keep edging for the next twenty minutes, slowly stroking his cock while repeatedly licking the slippery precum from his fingers. Justin encouraged him throughout, intermixing commands with compliments to inflate Nathan’s ego, slowly taking control of the way his roommate masturbated.

Manipulated by a Huge Cock – A straight guy’s introduction to life with a small dick. A neighborhood friend sees him naked and says his is the smallest dick he’s ever seen. Soon enough he is tricked into helping this guy seduce his own wife.

“Evidently Michelle might have seen a little more of me than she bargained for the other night. Yesterday she asked Alicia about ‘size’ asking if it mattered. “She wanted me to tell you so that you could handle it. I asked, “Okay, so how do I handle it?” Michael pulled a paper from his pants and handed to me. I unfolded it and saw what looked like a 9-inch strap on penis. It was hollow allowing for a smaller penis to fit inside. I couldn’t believe Michael handed the paper to me. I tried to say something, but began walking away without saying a word.

My Cock, I Think I’ll Keep It – A gay guy with a really big dick, takes it out for a run from time to time. Seduction of submissive straight men.

One kinda gross/weird thing happened at the restaurant though. I had to take a shit, so I went in, and when I sat on the toilet the tip of my dick fell into the water!

My New Roommate – a young college guy finds out his faggot cock ain’t nothing compared to his new roommate’s giant straight schlong.

Cal said “I love having such a nice big cock; I love having you on your knees to admire it. You love it too, don’t you?” I can’t believe it, but I heard myself say yes.”Kiss it,” he said. I knelt there, overwhelmed by the sensations — the hot water streaming on my face, the faint scent of cinnamon, the sight of his cock, just inches away. . . I kissed it, then again and again until I lost count.

Roommate from Hell – a straight dude realizes his roommate can be turned faggot when he catches him staring too often. He soon takes advantage of the situation.

– two boyfriends go on a trip together. Will they return as a couple?

“Not you, chubs!” He spat. OK so I wasn’t as perfect as him…and while I’ve admitted that I was still offended. Perhaps it was the anger of this stud seducing my man talking. Jackson didn’t consider me out of his league. But whatever. I couldn’t take it any more. I pulled my cock out and began jerking to the sight before me. I shouldn’t have found it hot watching my boyfriend so easily cheat, but I did. Javier noticed and quietly sniggered, as if to say “told you so”. My cock was no match for his. But I just kept telling myself it had done Jackson pretty fucking well.

Until I Pass Out – a faggot describes the incredible thrill of submitting his throat to a tough as nails marine with no mercy.

A Week in the Life of a Faggot Slave – A faggot’s recollection of a week in its life.